On Saturday, September 26th, Tia Turner was arrested at a protest in Yorba Linda after accidentally striking counter protesters with her car.

After being threatened and followed by counter protestors, and dismissed by Orange County sheriff’s deputies on the scene, Tia got in her car and attempted to call 911. Tia was surrounded by a group of people who prevented her from leaving, one who shattered her rear windshield.

Orange County DA has charged Tia with 10 felony counts, including attempted murder, and assault with a deadly weapon. They have stalled her bail hearing, which was supposed to take place Wednesday September 30, until October 28th.

Tia is being held with $1,000,000 bail, and has been put back into quarantine lockdown where she has limited access to her lawyers, and will not be allowed to attend her own bail hearing, though none of the 28 other incarcerated persons "exposed" were quarantined.

So what can you do to support this vital, life-long activist?

•Donate to help Tia pay Tia's inordinate bail, keep money on her books, and pay for her personal effects 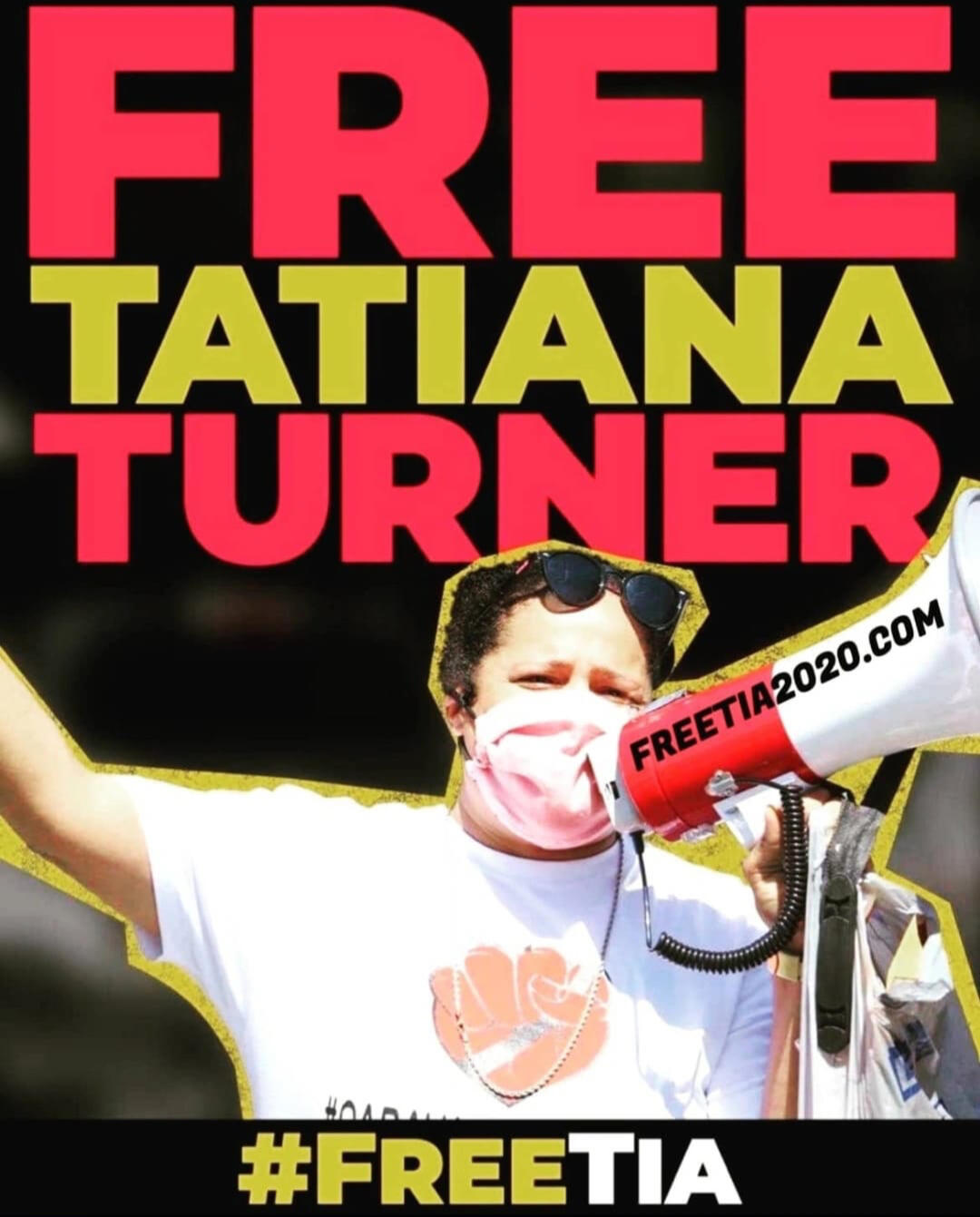 To support this vital, lifelong activist, we are throwing this fundraising drive primarily for Tia's bail, and to cover the maintenance of some of her personal effects.

To learn more about the events leading up to Tia's arrest and unlawful incarceration, visit our home page: freetia2020.com